"When your going to shoot, shoot. Don't talk."

At Datreks we believe that products and services need to be served up promptly to the target market in a way that optimises innovation and disruption, as well as offsetting the endeavours of our client's competitors.

In a rapidly evolving world where same-day delivery has become an expectation from consumers, business systems also need to be executed with an equivalent premium on delivery time.

"The enabler for us to ensure  that anything we build in a scrappy or agile way is quality assured is to have in our locker, many years of experience to apply as intuition, or quick thinking, to make these decisions.
The QA aspect is to follow on by applying a phase of validation in the form of reflection.
We will always challenge each other as to whether or not we have just delivered a quality product or service"

Our Team is primarily focussed on delivering satisfaction to our clients and doing this in a manner that will achieve the maximum benefits . 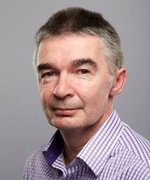 Andrew Dineen has a first class degree in Computing Mathematics along with decades of experience in the IT industry spread across multiple sectors including Healthcare, Banking, Energy, Financial and Logistics.

As CTO at Medisoft, Andrew had technical oversight over product development along with all other technical projects and initiatives that fed into the core product pipeline.

Previously, as Lead Technical Architect, Andrew directly managed the technical design and development of 'mediSIGHT', Medisoft's 'Next Generation' ophthalmology EMR, which was released in Q2 2016.

Prior to his time at Medisoft Andrew worked as a freelance consultant where he mainly offered software development services to large organisations including NPower and HBOS. 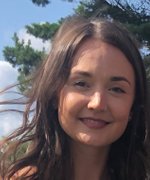 Elsie Dineen has a journalism degree from Leeds and has primarily specialised in content marketing in her career to date. As well as this, she has enjoyed spells in broadcasting with both the BBC and Sheffield Live. She has also done freelance  feature writing and proof reading as well as producing  sponsored content for local media companies